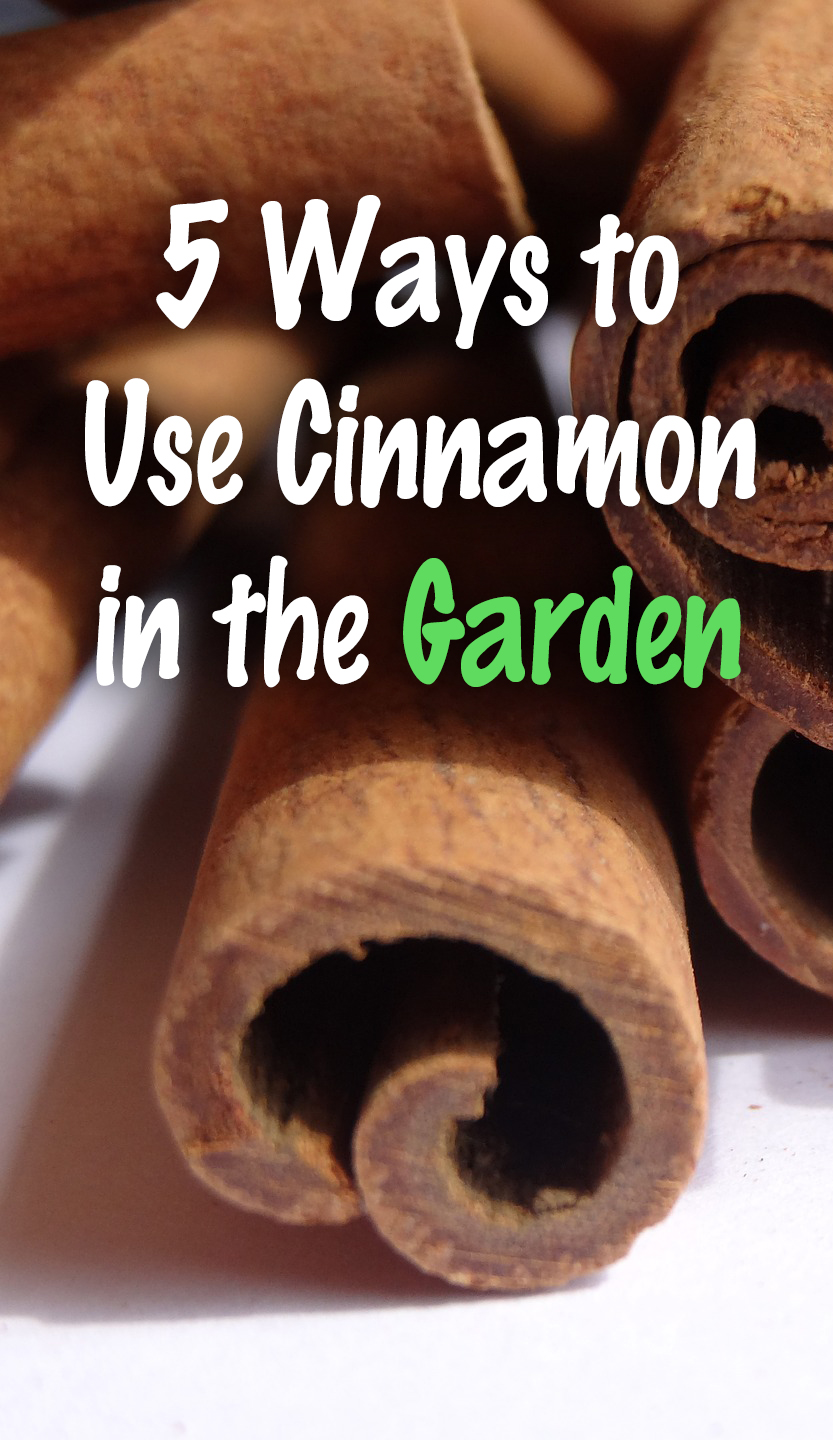 Cinnamon is a fantastic spice to use in your cooking or baking. But did you know you can also use this spice in your garden?

Cinnamon can be used to help root cuttings, to prevent fungus from killing small buds and even for keeping pests away from the garden. Here are 5 amazing ways to use cinnamon in your garden that you need to know.

Cinnamon used as a rooting agent is as effective as willow water or hormone rooting powder. Just wet the cuttings in clean water and roll them in the cinnamon powder right before planting them.

Have you got ants in your garden and do you want to get rid of them? Sprinkle some cinnamon around the plants or where you don’t want ants. They hate the smell of cinnamon and will avoid locations where it is.

If your plant has visible wounds, take some powdered cinnamon and dust it over the wound. Within a few days, your plant should be as good as new!

If you’ve noticed spots of fungus on your plant’s leaves, you can kill the infection with a cinnamon spray. Mix some powdered cinnamon with warm water and let it sit overnight. Strain the mixture into a spray bottle and spray directly over plants.

Tired of pulling wild mushrooms from your garden? Give them a little cinnamon dusting and watch them disappear!